COMMANDARIA
Cyprus can proudly lay claim to the world’s oldest wine still in production – that of the delicious sweet dessert wine Commandaria.  Thought to date back to 800 BC, references to the consumption of a wine named ‘Cypriot Nama’ is believed to have been Commandaria before it was given its current name during the crusades in the 12th century. It was thought that the wine had therapeutic qualities and it was widely used as a tonic.

Richard the Lionheart celebrated his capture of Cyprus and his marriage to Berengaria in Lemesos (Limassol) with Commandaria, declaring it “the wine of kings and the king of wines”. In 1192 he sold the island to the Knights of St. John and the Knight Templars, who then sold it to Guy de Lusignan, but kept their headquarters at Kolossi. Commandaria was mainly produced in Kolossi – which was called ‘La Grande Commanderie’ – and it was here that the wine found its name. Commandaria was considered so good in ancient times that it even won the first recorded wine tasting competition the ‘Battle of the Wines’ in the 13th century, held by the French king Philip Augustus.

Sweetly similar to sherry, Commandaria has been made in the same manner for centuries, and in the same 14 winegrowing villages of the island. The indigenous grape varieties of Mavro (red) and Xynisteri (white) are picked late and dried in the sun to enhance their sugar content, giving the drink its distinctive taste. The dried grapes are then pressed, with the run-off collected and fermented in tanks or huge earthenware jars – much like those used in bygone times.
No visit to the island is complete without picking up a bottle to take home, not just as a drink, but also as a sweet piece of the island’s history!

LOCAL WINES
The island has a long-standing tradition of winemaking that dates back to Ancient Greek, Roman and Egyptian times, as evidenced by archaeological finds of old wine jugs at the Lemesos (Limassol) villages of Pyrgos and Erimi that are believed to be over 6.000 years old. The grape varieties of the island are some of the oldest in the world, with the sweet dessert wine of Commandaria (Commandaria) remaining the oldest named wine still in production.

There are seven wine routes on the island and these are Akamas Laona, Vouni Panagias – Ambelitis, Pitsilia, and the Wine Villages of Lemesos (collectively known as ‘krasochoria’ meaning ‘wine villages’). They all produce both red and white wines.
The two main local grape varieties are those of Mavro (black) and Xynisteri (white). Xynisteri is the most widespread white grape variety and produces pale, light wines with a low alcohol content (11-11.5% volume). Mavro (red) is large and juicy, producing dull colour wines with a light taste. When Mavro and Xynisteri are blended together they make Commandaria, and they are also used together in the production of the national spirit, Zivania.

Wine connoisseurs will be pleased to know that many of the island’s wineries and wine-producing villages and monasteries are open for tours and tasting of their ‘nectar of the Gods’*, whilst the annual Lemesos Wine Festival is a ten-day celebration of wine and merriment, held at the end of August/beginning of September.

*It is advisable to check opening times with the wineries before visiting.

Find out more about booking your next wine tasting tour in Larnaca, here!

NATIONAL SPIRIT ‘ZIVANIA’
With an alcohol content of 40-99%, it is no surprise that the island’s national drink of Zivania is also referred to as ‘firewater’!

The strong drink dates back to the 14th century when the island was under Venetian rule and is still made in the same tradition today. Grape pomace (remains such as pulp, peel, stalks and seeds) is mixed with high-quality dry wines made from the indigenous grapes of Mavro (black) and Xynisteri (white), then distilled and mellowed for a long period.

Distillation takes place in a cauldron (‘kazani’) with three different processes producing different qualities and intensity of the drink. The resulting liquid is clear and highly potent and can be drunk as an aperitif – best served cold from the freezer.
A red variety is also produced with the colour lent by the addition of cinnamon. As it ages it becomes better and more aromatic, and an old bottle is often saved for special occasions.

Before modern medicine, Zivania was an essential first-aid staple in every Cypriot home. It can be used to treat and sterilise wounds, to massage sore body parts, to numb toothache, or to warm the body from cold. It was especially important as a warming tonic for the Troodos mountain villages, where temperatures drop far lower than on the mainland.

CYPRUS COFFEE
Cyprus coffee is a characteristic part of the island’s coffee-shop culture, and preparing this strong brew takes a little skill to perfect!
Made of finely ground coffee beans, a heaped teaspoon of coffee is used for one tiny demitasse cup, with water added, and sugar if it is taken. This is then ‘cooked’ in a small, long handled pot called a ‘mbriki’. Although nowadays you can find more modern ‘mbrikia’ – and even electric ones – they were traditionally made of copper, with every household owning at least one.
The tricky part is then ensuring that you take the coffee off the boil at exactly the right time to ensure that it forms a frothy top called ‘kaimaki’. The all-important ‘kaimaki’ starts from the sides and causes the coffee to rise.
Cyprus coffee is very strong and is served with a glass of water. You can order it ‘sketo’ (plain), ‘metrio’ (one teaspoon of sugar), or ‘glyki’ (two teaspoons of sugar). Milk is never added!
The coffee is best sipped slowly and the thick layer at the bottom is not consumed, although traditionally, fortune-tellers can interpret your future from the dried patterns!

Make sure to try some Commandaria if sweet tooth is what you have, some Zivania for the brave hearted ones, any local wine to explore new tastes, or the famous Cyprus coffee if you need a good kickstart to your day.  You can find all of these national hot & cold beverages at Atlantis Gardens snack bar! Getting ready for the new season 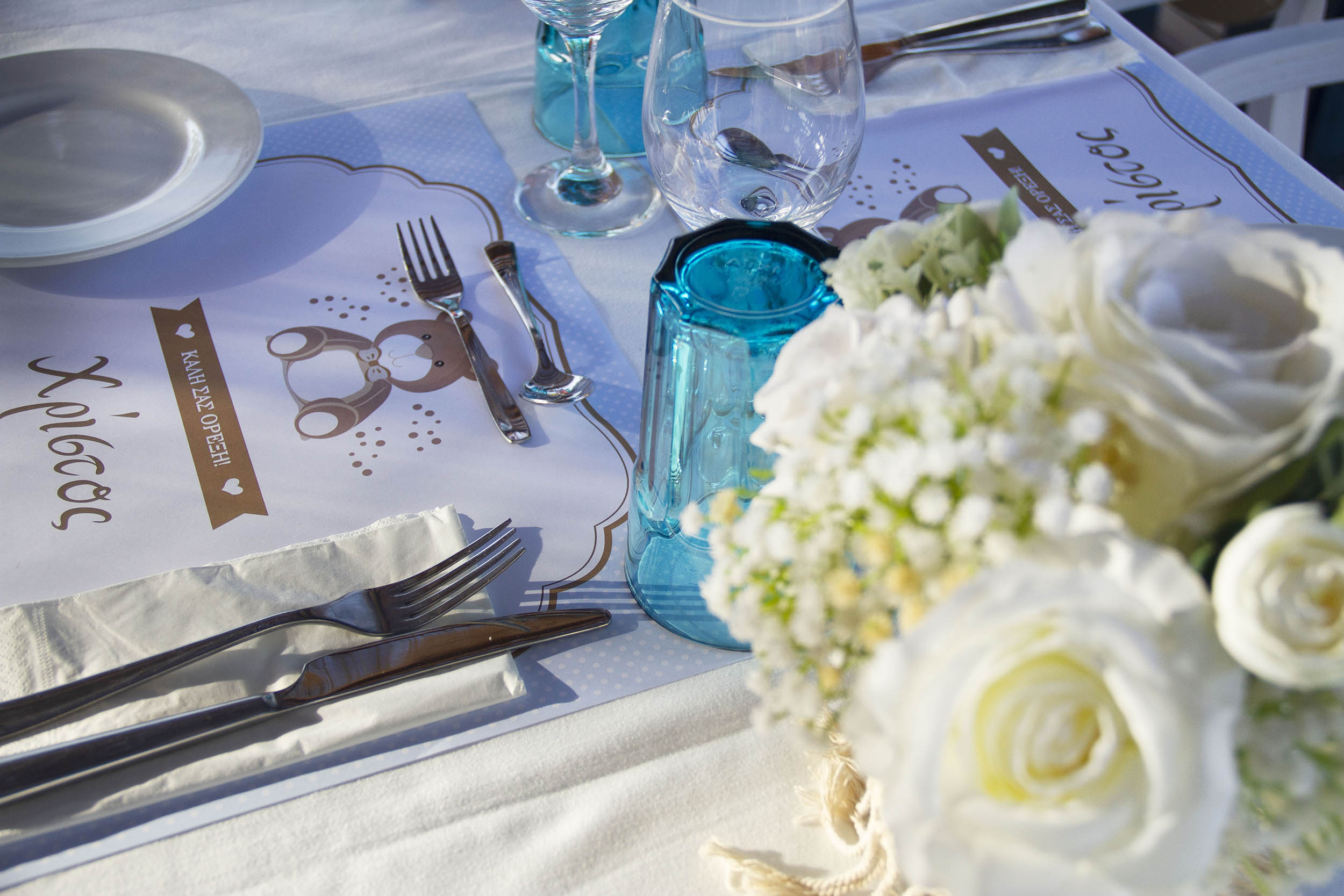 Discover More
We use cookies on our website to give you the most relevant experience by remembering your preferences and repeat visits. By clicking “Accept”, you consent to the use of ALL the cookies.
Accept
Manage consent

This website uses cookies to improve your experience while you navigate through the website. Out of these, the cookies that are categorized as necessary are stored on your browser as they are essential for the working of basic functionalities of the website. We also use third-party cookies that help us analyze and understand how you use this website. These cookies will be stored in your browser only with your consent. You also have the option to opt-out of these cookies. But opting out of some of these cookies may affect your browsing experience.
Necessary Always Enabled
Necessary cookies are absolutely essential for the website to function properly. These cookies ensure basic functionalities and security features of the website, anonymously.
Functional
Functional cookies help to perform certain functionalities like sharing the content of the website on social media platforms, collect feedbacks, and other third-party features.
Performance
Performance cookies are used to understand and analyze the key performance indexes of the website which helps in delivering a better user experience for the visitors.
Analytics
Analytical cookies are used to understand how visitors interact with the website. These cookies help provide information on metrics the number of visitors, bounce rate, traffic source, etc.
Advertisement
Advertisement cookies are used to provide visitors with relevant ads and marketing campaigns. These cookies track visitors across websites and collect information to provide customized ads.
Others
Other uncategorized cookies are those that are being analyzed and have not been classified into a category as yet.
SAVE & ACCEPT